Please read below for details of the v1.5.0 update.​

※ The schedule will be notified in a separate notice.

※ Please be advised that the game won't be available in versions below [v1.5.0] after the update, so make sure to update the game from the Market before playing the game.

- New battle content 'Alliance Battle' where your alliance can work together to fight against another alliance to achieve victory and rewards is added.

- Alliance Battle will proceed as follows: registration - preparation - battle. The alliance that earned more stars during the battle period will win.

- Alliance Battle will proceed according to the schedule of each day.

- During the registration period, each alliance member can decide whether or not to participate, and the alliance master can select the participants based on the size of the Alliance Battle and register to participate.

- The order of participating in the Alliance Battle will be decided according to the account level and EXP of each alliance member. 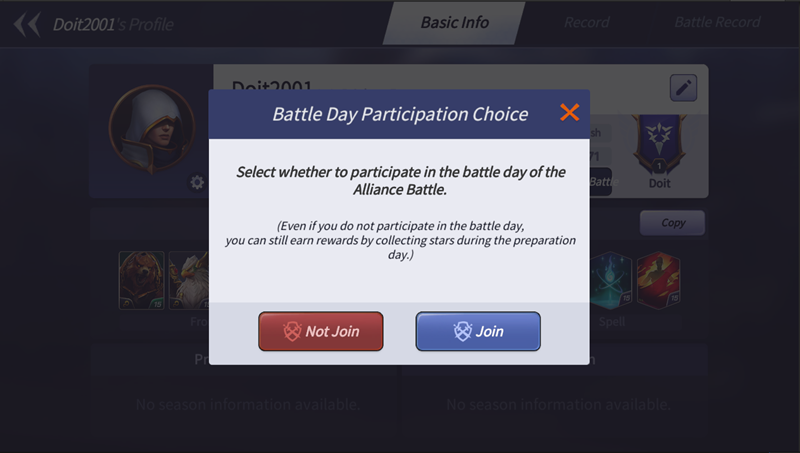 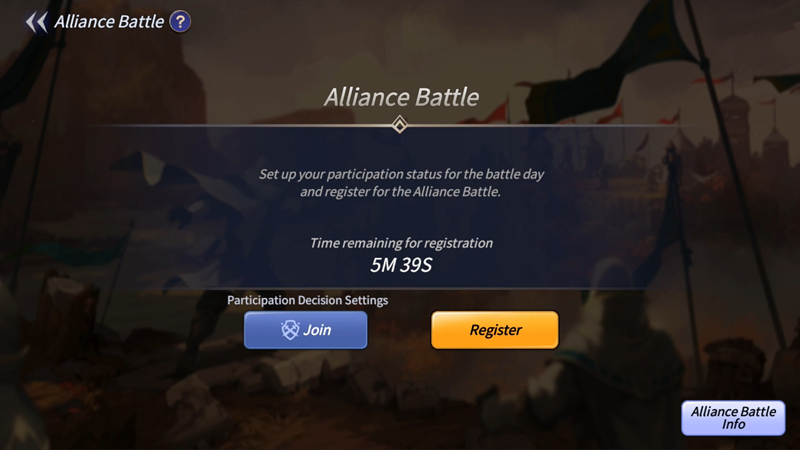 - The matchmaking will proceed for one hour after the registration is over.

- The matchmaking will be made according to the size of the alliance battle you registered for as priority. If there are no other alliances that meet the same size condition, the size may be reduced and re-matched.

- If there are no other alliances that can be matched even after the size is reduced, the matchmaking may fail.

- Alliance with failed matchmaking will have priority in the next Alliance Battle matchmaking and receive greater rewards. 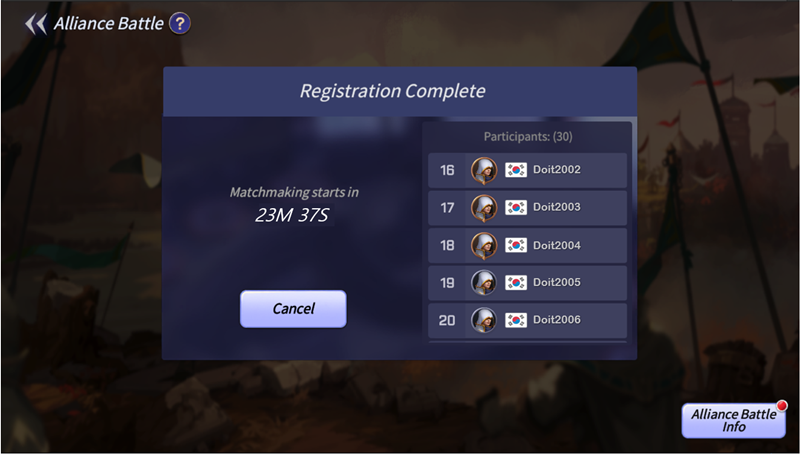 - Once matched, you will have 24 hours to prepare. Alliance members that will be participating in the battle day can form their decks during the preparation period. (Defense decks cannot be edited once the battle period stars.)

- The levels, skill stones and runes of monsters placed in defense decks can be updated in real time if you level up the monsters or change their skill stones/ runes even after the battle period has begun.

- Alliance members that are not the participants for the battle period can acquire stars during the preparation period, and the number of stars your alliance has to acquire differs according to the size of the alliance battle.

[No. of Stars Collectible during the Preparation Day]

- The following passives can be obtained according to the stars acquired during the preparation period. (Each passive effect will be applied with 10% stats.) 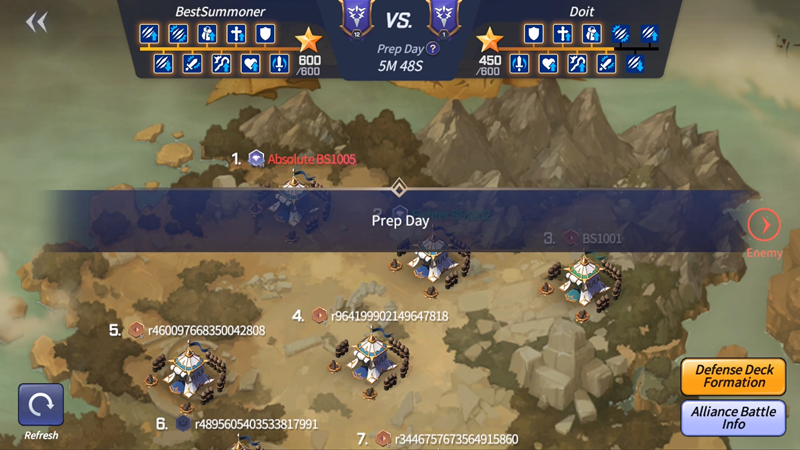 - The battle victory bonus will differ according to the number of stars acquired by alliance members during the preparation period, and may also be different according to the size of Alliance Battle and each summoner (account) level.

- You can acquire battle reward (Mana Stones) and battle victory bonus (Mana Stones and Alliance Coins) according to the number of stars you acquire from attacking the opponent alliance. 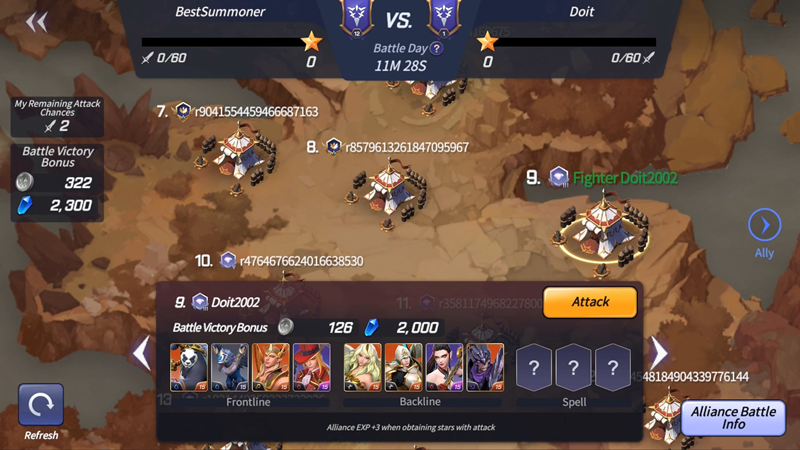 - The number of acquired stars will be summed up to the alliance stars, and you cannot acquire stars from the base that has already been acquired.

: For example, if Player B acquires 3 stars by attacking the base which Player A already acquired 2 stars from, 1 star will be added to the total alliance stars.

- Also, if you attack the enemy's base and acquire at least one star, you will also acquire the Alliance EXP displayed on the attacked base.

- A short period of tallying process will be held after the battle period is over, and the alliance with the more stars wins the battle.

- If the number of battles that acquired 3 stars is also the same, the battle will end as draw.

- Alliance EXP is given depending on the amount of EXP acquired from destroying bases, number of alliance stars and alliance battle win.

- Battle victory bonus which was given during the preparation period and battle period can be acquired by the set ratio according to the alliance battle result. 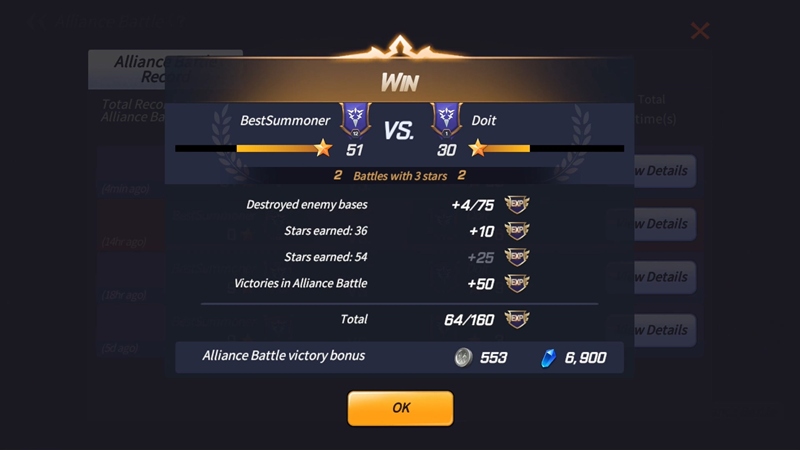 - With the Alliance Battle update, alliance level system has been added.

- Alliances can acquire various effects according to the levels as follows.

- You can now acquire additional 100 Mana Stones for each exceed pass point acquired after reaching Lv. 30 in Battle Pass.

- The pass point reward for the Assassin Mission has been changed from 20 tom 30.

- The pass point reward for the Extreme Power-up Mission has been changed from 15 to 20.

- A new function where a contest creator can expel participants is added.

- A contest creator can now change the contest mode and rules after creating a contest.

- You can now send invite for Goodwill Battle by setting various battle mode and rules.

- Alliance search methods have been improved to help you find active alliances with more ease.

- The drop rate of Rare/Hero cards at the Magic Shop has been increased.

- The cheering cost batting level you recently used will now be saved.

- The entrance condition and each chapter unlock condition have been improved.

- Free Rune Removal Event will be held after the monster & spell balance patch is made so that Summoners can rearrange their battle decks without costing a lot.

- A support box will be given when you lose in the Ranked Battle for the first time every day at 5pm/5am PDT (UTC-7).

- A chat notification will be made to all whenever you make various achievements.

:When you achieve Master or higher tier every season

:When you win 10 times in Barrier Battle/ Arena Battle

: When you achieve cumulative victories in units of 5 in World Tournament (5 wins, 10 wins, 15 wins…)

- My Battle Record Tab has been added within the TV page.

1) Improvements on the amount of Glory Tokens used/ Glory Medals acquired according to the no. of stars

- The amount of Glory Tokens used/ Glory Medals acquired has been improved to ease the burden of consuming Glory Tokens and the stress from losing battles.

- The season attendance rewards have been improved as follows.

- The same accumulated star rewards that are available 1 - 50 times are now available from 51 - 100 times as well.

- 5 Hero Cards / 10 Hero Cards will now be summoned with a fixed chance from the Ancient Summon.

- The first victory point achievement rewards for below 3,000pts have bene upgraded as follows.

- The accumulated star rewards for each chapter have been upgraded as follows.

- Each stage reward has been upgraded as follows.​

- The monster level-up event rewards have been upgraded as follows.

- The new user attendance rewards have been upgraded as follows.

: 3 emojis can be purchased from the Emoji Shop, and 1 can be acquired as a battle pass reward.

- Auto battle function has been added to the Normal Battle. 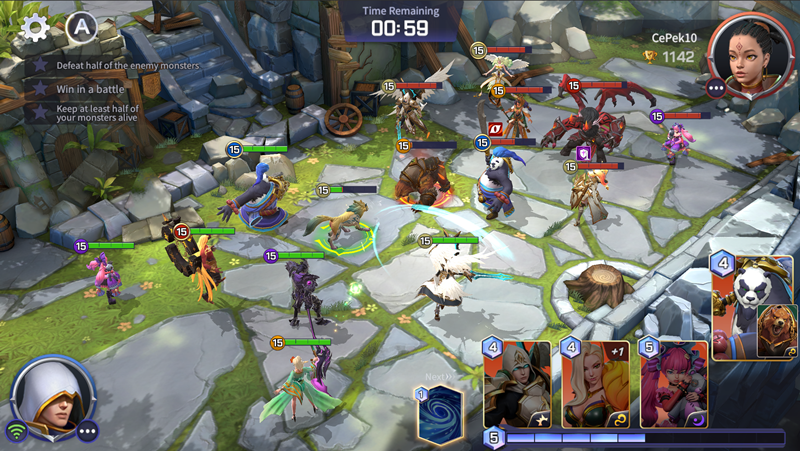 - The limited-time beach concept battle map will now be removed, and a battle map designed for existing tier will be applied in Diamond/Master tier.

[Lushen] Fixed an error where Lushen under sleep did not have his skill activated when using the skill instantly after being attacked.

[Lushen] Fixed an error of monsters defeated due to Lushen's skill remaining with 0 HP.

[Seara] Fixed an error of Seara's legendary skill stone 'Ominous Prophecy' not changing the newly created beneficial effect into continuous damage when it's used as a counter for the opponent’s skill.

[Orion] Fixed an error where you cannot use the card again when using the card of the monster who is stunned due to Orion’s skill was canceled.

[All] Fixed an error of the self-revival monsters not reviving instantly when they are stunned or frozen.​

Back to List
Please select the checkbox for security
procedures.